The Kingdom of Cambodia

It is not a coincidence The Kingdom of Cambodia is globally referred to as the Kingdom of wonders, as it is brimming with raw natural resources and raw undeveloped talent. Cambodia is known for its breathtaking scenery, the kindness of its people, and its general peaceful atmosphere. Cambodia is defiantly a place worth visiting; a statement backed up by the ever growing number of foreign visitors, as well as a good place to call home, as its Capital alone is home for nearly 100,000 expat residences. Despite the increase in numbers and the growing diversity of the population, it is to be noticed that criminality rates in the country are very low, and violence against foreigners is rare.

Once known as the Khmer Empire, the Kingdom of Cambodia has a surface of nearly 180,000 km² of virgin versatile and fertile land. The diversity of the Cambodian landscape is part of its promise as it opens up a wide range of opportunities for growth and progress. Despite its difficult recent past, the Cambodian people, led by their government have managed to bury the hatchets and create a peaceful and prosperous relationship with its neighbors - Thailand, Laos and Vietnam. This long-lasting peace has led Cambodia to be an integral part of the ASEAN community, making it an entry to a dynamic and fast growing market of over 650 million people.

The geographic location of Cambodia is also, without a doubt, an important element for its growth, serving as a bridge between Vietnam and Thailand, situated near both China and India, and on the road between Australia and Europe, It is not a coincidence Cambodia has been selected to be a central hub for the Chinese Belt and Road Program.

Cambodia has 3 International airports, a vast network of fast developing roads ( 60m Highways, intercity roads, as well as city roads), as well as 2 naval ports, including the Sihanoukville port considered as the deepest naval port of the region. 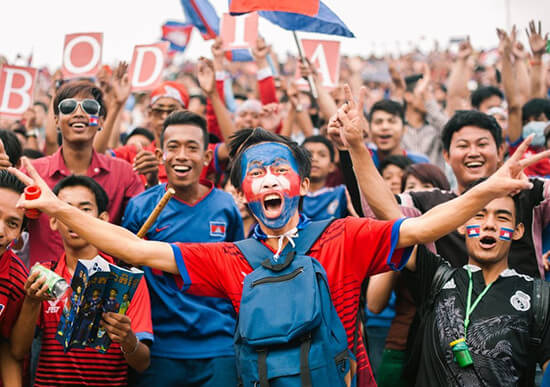 The Kingdom of Cambodia counts a bit over 16 million registered inhabitants, 22% of which live in the urban areas. The Cambodian population is young (average age of 24.3) and has a relatively high literacy rate at 80%, as well as a deep ITC penetration, as the Kingdom possesses 3 major high-end telecom operators, as well as a big scale implementation of the 5G network.
The poverty level has dropped down drastically in the last decade and is currently situated at 13.3%, with an average wage in urban areas of about 300 USD.

All the above converge to the Kingdom having a young, highly motivated, relatively cheap labor pool.

The Cambodian government has made substantial efforts over the years to create a stable economy that is both helpful for the development of the Country and creating a foreign investor-friendly environment, making, for instance, 100% foreign owned companies possible and relatively easy and quick to set-up.

Privatization has been gradually improved, leading to fast technological development, as well as a stable and efficient financial sector with fast growing banking and a market oriented mentality. This financial sector is now slowly playing its role as an economic catalyst allowing the creation of small and medium size businesses.

The government's efforts have been rewarded as the Cambodian economy is considered today as one of the fastest growing economies in the world, with an average growth of 7.7% from 1995 to this day.

Among ongoing other efforts executed by the government, two are particularly worth mentioning, the relentless will to increase the local skill level, and the constant effort to implement new technologies, including: 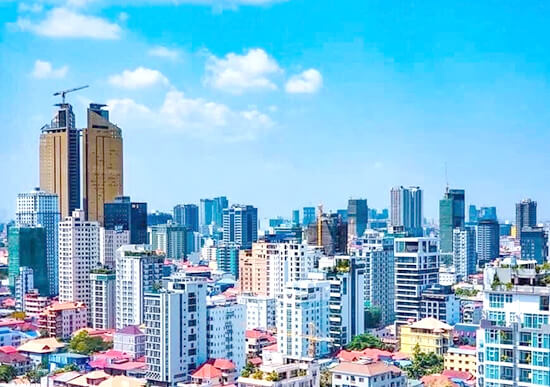 The Pillars of the Cambodian economy 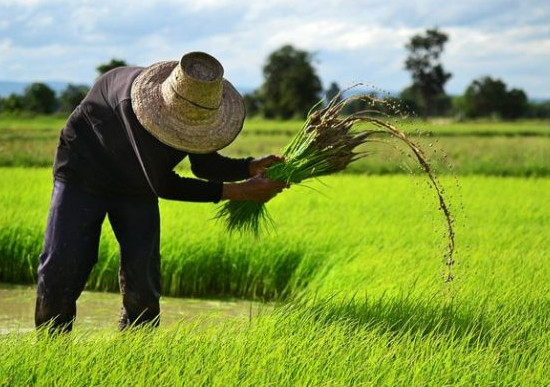 The second pillar of the Cambodian economy is the agriculture sector, it is an essential sector that is strongly supported by the Cambodian government, both in terms of direct investment, offering incentives, and facilitating rules and regulations.

The importance of Agriculture and agro industry is of the highest rank as it allows the country to achieve true independence and the capacity to provide for the most basic needs of its population.
Today, the agriculture sector is the smallest of the 4 pillars in term of GDP, though it is following a steady growth curve with an annual growth of nearly 5%. The agriculture sector is also the sector with the most direct employment in the Kingdom as it is the main resource for rural populations.
The potential of the Agriculture sector in Cambodia is tremendous as the country possesses a wide array of versatile and fertile quasi virgin land and a pool of willing labor in the adjacent rural areas.

Cambodian produce is of the highest quality and is centered on the neighboring agro-industry needs. The most popular crops are: Rice, Maize, Cassava and Rubber, but also Cashew Nuts and the internationally renowned Kampot pepper.

The Cambodian Agro-industry sector is growing, but is still underdeveloped, exporting mainly raw-materials sent for processing abroad. The lack of structure in the sector presents a tremendous opportunity for international players and local investors, as Cambodia's local market constantly grows in both in needs and demand. Furthermore, and thanks to its unique situation, Cambodia can serve as an entry point to the entire Southeast Asian market.

In order to support the growth in the sector, the local government is incentivizing investment in the field, and has facilitated regulatory procedures, allowing a rapid access to market.
A local organic produce label is being created and a substantial effort is made in order to bring value to Cambodian produce.

With the rise in foreign interest in the Kingdom, 2 other sectors have shown fast growth and have been positioned as the pillars of the future:

1. The Tourism sector The diversity of the Cambodian landscape allows Cambodia to attract tourists with different objectives. The Kingdom of Cambodia offers: The annual visitors number in Cambodia rose to 6.2 million in 2018, injecting 4.35 Billion USD into the Cambodian economy. The growing interest in Cambodia leads the ministry of tourism to project a growth of 250% by 2030, which makes the tourism sector particularly interesting for its international professionals.

The growth in the tourism sector and its future projections, along with the growing interest in the country by foreign investors, has created a strong need for adequate constructions and led to an astonishing growth in the sector. Initially focused on the accommodation subsector, the need for construction in the Kingdom has diversified quickly as the retail sector has followed the wave and grew significantly, which in turn created a strong demand for retail venues, shopping malls, and shop houses.

Although some might say the growth in the construction/real estate sector might have been too quick, the future seems secured as international players are showing a growing interest in Cambodia. Firms like Google, Facebook, Samsung, Toyota and others are quietly studying options to enter the market in the future which will further increase both the need for high-end retail and office spaces, as the need of high-end, expat-quality housing for future employees. 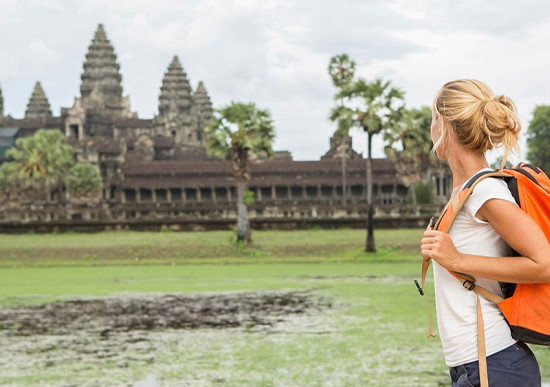 Also, the quick growth in the adjacent technology & ICT sector, combined with the relatively low urban density and the youth of the Cambodian population, indicates the upcoming of a young tech savvy population eager to buy their own property and be part of the vibrant city life.

The Cambodian government, wishing the extension of the growth in the sector, is helping the cause by maintaining a very low property tax of 0,1%. Incentivizing the population to own a property, all the while increasing the relevance of the sector for foreign investors. 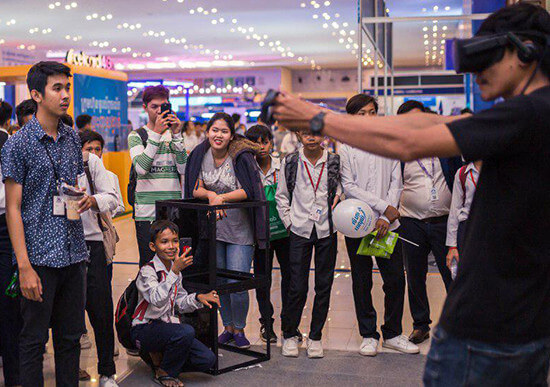 Though the technology sector is still very young, more and more local actors are emerging, encouraged by the high use rate of specific technologies in the country, in term of infrastructure hardware, and software.

The Kingdom of Cambodia is definitely worth the while of any investor scrutinizing the international investment horizon. The country offers an ideal setting allowing an easy independent set-up, a low tax regime (10 - 15%), and USD based economy which eliminates currency risks, and a large pool of capable, dynamic and willing labor.

The wonder of the Kingdom of Cambodia is expressed by a list of incentives for foreign investors, some are government induced, some are a result of the current situation, and others are part of the vision for the Kingdom's future.

The fast development of the Cambodian economy and the tremendous potential that lies within its growth is relatively young and mostly profiting to neighboring countries, being the first to recognize the opportunity. As a result, Cambodia is a rather virgin market for investors from other parts of the word, which gives the bravest of them the opportunity to be the first, settle before the big rush, and benefit from high yields and priority positions in the market of their choice. 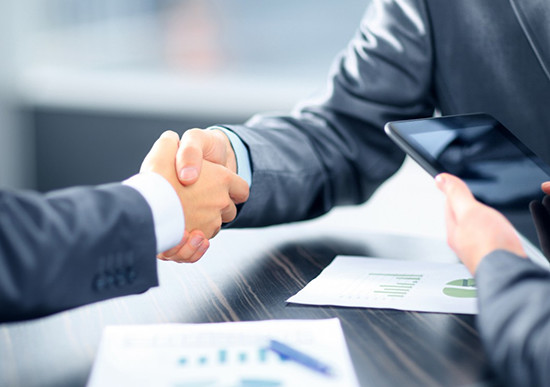